Read the following passage and mark the letter A, B, C or D on your answer sheet to choose the word or phrase that best fits each other numbered blanks.

At the end of the day, you only have yourself to fall back on, so it is exceedingly important to be able to handle things on your own. It is all about being secure with who you are and what you believe in. It is  extremely empowering knowing that you are (3) ………………… control of your own life and your own choices. It is much more beneficial to listen to the voice inside yourself rather than the berating (4) ………………… of others.

We rely on others far more than it is necessary. People put their happiness in the hands of a significant other, thinking this will bring them fulfillment. This is a fatal error too many people make these days. Do you always want to feel dependent on someone else? Of course not. Not only are you limiting yourself, you are more than likely becoming a burden to this person. We need to learn how to make decisions on our own. I understand asking your friends their opinion on a fashion decision, but do we really need to consult others on every minimal decision we have to make? Think of things (5) ………………… are in your best interest and choose that option.

Mark the letter A, B, C, or D on your answer sheet to indicate the word CLOSEST in meaning to the underlined word in each of the following questions.

Question 6. Educators are complaining that students rely on social media so much that they lose the ability to think critically.

Question 7. My cousin tends to look on the bright side in any circumstance.

Mark the letter A, B, C, or D on your answer sheet to indicate the word(s) OPPOSITE in meaning to the underlined word(s) in each of the following questions.

Question 8. Don’t tell Jane anything about the surprise party for Jack. She has got a big mouth.

C. talks too much

Question 9. We greatly respect my teacher for all of the best things that she brought to us.

C. look down on

Mark the letter A, B, C, or D on your answer sheet to indicate the correct answer to each of the following questions.

Question 11. Kevin enjoyed working with children so much that he decided to pursue a ………………………teaching.

B. some of them

C. some of those

D. some of which

Question 15. Pesticide residues in fruit and vegetables can be ………………………to health

Question 16. Many exam candidates lose marks simply ………………………they do not read the questions properly.

A. get on with

B. get off with

C. get through to

A. with bated breath

B. in the same breath

C. out of breath

D. under his breath

Question 23. She didn’t enjoy her first year at college because she failed to ……………………… her new friends.

A. get on with

B. come in for

C. look down on

D. go down with

Question 24. We were quite impressed by the ………………………students who came up with the answer to our question almost instantly.

Mark the letter A, B, C, or D to indicate the word whose underlined part differs from the three in pronunciation in each of the following questions.

Mark the letter A, B, C, or D to indicate the word that differs from the other three in the position of the primary stress in each of the following questions.

Mark the letter A, B, C, or D on your answer sheet to indicate the sentence that best completes the following exchanges.

Question 29. A student is asking the librarian to help her to fax a report.

– Student: “Could you help me fax this report?”

B. What rubbish! I don’t think it’s helpful.

Question 30. Mary and David are talking to each other about David’s new job.

– Mary: “I’ve heard that you have found a new job. Congratulations!”

A. Oh, it is very difficult

C. Thank you so much

D. You are so kind to say so

Read the following passage and mark the letter A, B, C or D on you answer sheet to indicate the correct answer to each of the questions.

For more than six million American children, coming home after school means coming back to an empty house. Some deal with the situation by watching TV. Some may hide. But all of them have something in common. They spend part of each day alone. They are called “latchkey children”. They are children who look after themselves while their parents work. And their bad condition has become a subject of concern.

Lynette Long was once the principal of an elementary school. She said, “we had a school rule against wearing jewelry. A lot of kids had chains around their necks with keys attached. I was constantly telling them to put the keys inside shirts. There were so many keys; it never came to my mind what they meant.” Slowly, she learned that they were house keys.She and her husband began talking to the children who had keys. They learned of the effect working couples and single parents were having on their children. Fear was the biggest problem faced by children at home alone. One in three latchkey children the Longs talked to reported being frightened. Many had nightmares and were worried about their own safety.

The most common way latchkey children deal with their fears is by hiding. They may hide in a shower stall, under a bed or in a closet. The second is TV. They often turn the volume up. It’s hard to get statistics on latchkey children, the Longs have learned. Most parents are slow to admit that they leave their children alone.

A. a house with too much space

B. a house with no people inside

C. a house with nothing inside

D. a house with no furniture

A. they are from single-parent families

B. they all wear jewelry

C. they spend part of each day alone

D. they all watch TV

A. look after themselves while their parents are not at home

B. are locked inside houses with latches and keys

C. close doors with keys and watch TV by themselves

D. like to carry latches and keys with them everywhere

Question 34. What is the main idea of the first paragraph?

A. Why kids hate going home

B. Bad condition of latchkey children

Question 35. What do latchkey children suffer most from when they are at home alone?

B. talking to them

A. most parents are reluctant to admit that they leave their children alone

B. there are too many of them in the whole country

C. they hide themselves in shower stalls or under beds

D. they do not give information about themselves for safety reasons

Mark the letter A, B, C, or D on your answer sheet to indicate the underlined part that needs correction in each of the following questions.

Question 38. Many successful film directions are former actors who desire to expand their experience in the film industry.

Question 39. What we know about certain diseases are still not sufficient to prevent them from spreading easily among the population.

C. What we know

Question 40. The puppy stood up slowly, wagged its tail, blinking its eyes and barked.

Mark the letter A, B, C, or D on your answer sheet to indicate the sentence that is closest in meaning to each of the following questions.

Question 41. “Would you like to go out for dinner with me tonight, Jenny?” Paul said.

A. Paul suggested that Jenny go out for dinner with him that night.

B. Paul invited Jenny to go out for dinner with him that night.

C. Paul insisted on Jenny going out for dinner with him that night.

D. Paul offered Jenny to go out for dinner with him that night.

Question 42. In Vietnam, football is more popular than basketball.

A. In Vietnam, basketball is more popular than football.

B. In Vietnam, football is as popular as basketball.

C. In Vietnam, football is not as popular as basketball.

D. In Vietnam, basketball is not as popular as football.

Question 43. We couldn’t solve the problem until our teacher arrived.

A. When our teacher arrived, we solved the problem.

B. Not until we solved the problem could our teacher arrive.

C. Until our teacher arrived, we were able to solve the problem.

D. Not until our teacher arrived could we solve the problem.

Mark the letter A, B, C, or D on the answer sheet to indicate the sentence that best combines each pair of sentences in the following questions.

Question 44. Peter heard a strange sound on the roof. He became very frightened.

A. He heard a strange sound on the roof and then becoming very terrified.

B. He became very frightened after he heard a strange sound on the roof.

C. On hearing a strange sound on the roof, Peter became very scared.

D. Peter became very frightened so he heard a strange sound on the roof.

Question 45. We cut down many forests. The Earth becomes hot.

A. The more forests we cut down, the hotter the Earth becomes.

B. The more we cut down forests, the Earth becomes hotter.

C. The more we cut down forests, the hotter the Earth becomes.

D. The more forests we cut down, the Earth becomes hotter.

Read the following passage and mark the letter A, B, C or D on you answer sheet to indicate the correct answer to each of the questions.

Tsunami is a Japanese word that means harbor wave and is used as the scientific term for seismic sea wave generated by an undersea earthquake or possibly an undersea landslide or volcanic eruption. When the ocean floor is tilted or offset during an earthquake, a set of waves is created similar to the concentric waves generated by an object dropped into the water. Most tsunamis originate along the Ring of Fire, a zone of volcanoes and seismic activity, 32,500 km long that encircles the Pacific Ocean.

Since 1819, about 40 tsunamis have struck the Hawaiian Islands. A tsunami can have wavelengths, or widths, of 100 to 200 km, and may travel hundreds of kilometers across the deep ocean, reaching speeds of about 725 to 800 kilometres an hour. Upon entering shallow coastal waters, the wave, which have been only about half a metre high out at sea, suddenly grows rapidly. When the wave reaches the shore, it may be 15 m high or more. Tsunamis have tremendous energy because of the great volume of water affected. They are capable of obliterating coastal settlements.

Tsunamis should not be confused with storm surges, which are domes of water that rise underneath hurricanes or cyclones and cause extensive coastal flooding when the storms reach land. Storm surges are particularly devastating if they occur at high tide. A cyclone and accompanying storm surges killed an estimated 500,000 people in Bangladesh in 1970. The tsunami which struck south and southeast Asia in late 2004 killed over 200 thousand people.

Question 46. What does the word “concentric” in paragraph 1 mean?

C. having many centres

D. having a common centre

Question 47. What is the greatest speed of tsunami travelling across the deep ocean?

Question 48. How are tsunami capable of obliterating coastal settlements?

A. They are a metre high or more.

B. They have tremendous energy due to the great volume of water affected.

C. They can strike the shore fifteen metres high

D. They travel hundreds of kilometres

Question 49. Which of the following is NOT true?

A. Storm surges are domes of water rising underneath hurricanes or cyclones.

B. Tsunami only occurs in Asia

C. A cyclone along with storm surges happened in Asia in 1970.

Question 50. What is the passage mainly about?

A. Where tsunamis originate.

B. Damage caused by tsunamis.

C. How tremendous the energy of a tsunami is. 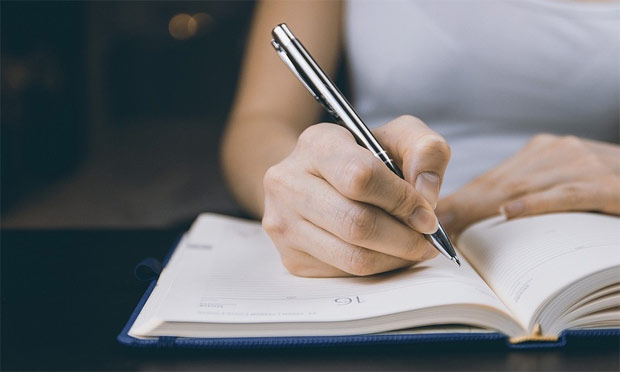